I Want the Stick

Stick: (n) A long slender piece of wood, especially: a. A branch or stem cut from a tree or shrub. b. A piece of wood, such as a tree branch, that is used for fuel, cut for lumber, or shaped for a specific purpose. c. An irresistible toy that I want right now.


So I've been terribly cute for the last couple of hours. For the better part of the last three months I've ignored the bell that is hanging on the door. I'm supposed to ring it when I go outside. I pretend that I don't know what it's for. Tonight things have been different as it is most clearly the bell I ring when I want to go outside to retrieve my stick. 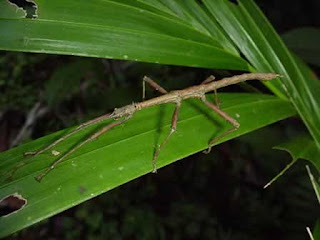 You see, it all started earlier this afternoon. Jason was taking out the trash and I found a stick. We played for about ten minutes in the front yard. I ran back and forth, galloping, leaping, and generally enjoying my stick. Can you imagine that Jason wouldn't let me bring it up into the house? I got this idea in my puppy brain: I'd ring the bell. Jason would want to reward that and take me outside. That's just what I did: over and over again. I think he finally caught on because after our third time outside, and I made a bee-line for my stick, Jason finally figured out the game.


Did he let me bring it in the house? No. He mumbled something about the Premack principle being at play and wouldn't let me bring my stick in the house. I even tried my pleading Basset Hound eyes. Apparently, the Premack principle says that if one wants to perform a given activity, one will perform a less desirable activity to get at the more desirable activity. In people terms, if you want to eat dessert (an activity that  many human children have a high probability of wanting to do) you have to eat your vegetables first (an activity that many human children have a low probability of wanting to do). In puppy terms, high-probability behaviors are what the puppy wants to do; low-probability behaviors are what the human wants the puppy to do.

I think I have to go now.

By the way, I wasn't playing with that kind of stick. The cats are the one's who like eating things that crawl. Not me.
Posted by Unknown at Friday, February 12, 2010

Add comment
Load more...
Newer Post Older Post Home
Subscribe to: Post Comments (Atom)
Therapy Dog (n): (1)A dog training to provide affection, comfort, and love in therapeutic settings; (2) A gentle presence that makes talking about hard things just a little easier; (3) A clown that reminds us that even when things are difficult, the uncomplicated animal-human bond can make us smile.